Posted at 09:08h in Uncategorized by Mary Beth Barnett 0 Comments 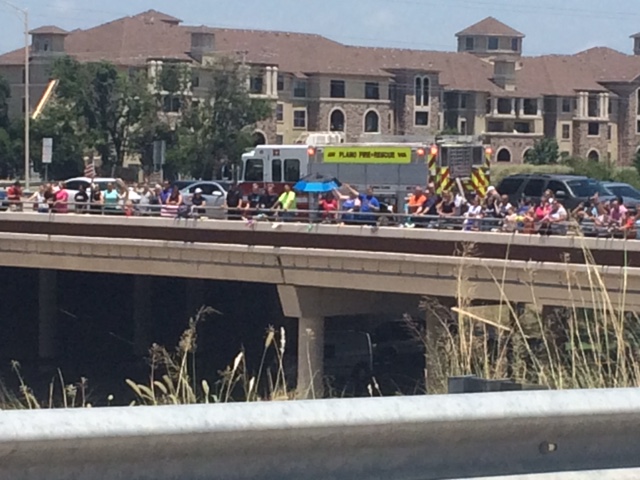 The people of Dallas overlooking the funeral procession.

With the hustle and bustle of life, some of the most touching death-related traditions of former generations are overlooked or rushed through without regard. Granted, as a funeral director, I am probably more sensitive than most but these signs of respect are so important. I was recently blessed with a recent reminder after the deaths of the Dallas Police officers that, at some level, we still know and understand the importance of these wonderful traditions.

July 7, 2016 was a tragic day for the country but especially for the City of Dallas and Law Enforcement Officers around the country. In the 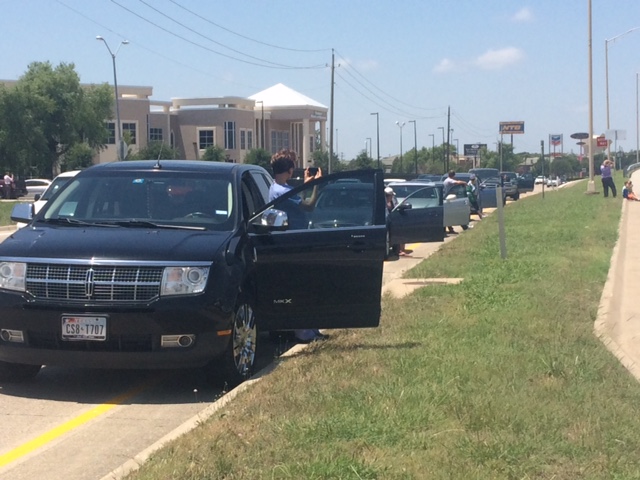 Hundreds stopped along the highway to pay respects for the fallen officer.

days that followed, we witnessed something in our community we have not seen in a very long time. We saw people come together to pay respect and mourn. Most of the people had never met the officers personally but they still wanted to support those who had.

In Dallas and Fort Worth, thousands attended the public memorials. Although I did not attend a service in person, I found myself wanting to show my respect and involve my children in the process. After the televised service for Sr. Cpl. Lorne Ahrensat at Prestonwood Baptist Church in Plano, a traditional funeral procession to the cemetery was held. We went to an area where the procession would pass to pay our respects.

Two wonderful things happened. First, we were not alone. As we stood on the side of the highway, we were joined by hundreds of others who took time out of the middle of their busy day to come and stand in the Texas heat on the side of the highway, in a small attempt to show their respects. On a nearby overpass, a Dallas Fire Engineer was parked with an American Flag hung on its side with over a hundred people standing and watching as the procession moved forward.

The second touching thing was the procession lasted over an hour. Law enforcement vehicles from all over the country passed us driving slowly and respectfully with their lights flashing. Police officers from Indiana, Illinois, Louisiana, and many more. As far as our eyes could see, the flashing lights moved toward us. Many officers waved, nodded and one even using his loudspeaker to thank the crowd for their support.

When all too often, I see cars passing funeral processions at full speed, this day restored my faith in this country’s ability to simply stop and pay respect for those no longer with us.