Posted at 14:33h in Uncategorized by Mary Beth Barnett 0 Comments 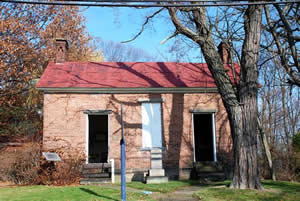 Who doesn’t enjoy a bit of interesting history? I love a good “back story” and I find cremation fascinating.

Most historians agree that cremation became a death practice during the early Stone Age — around 3000 B.C. give or take a few decades. And from what they can determine, it started in Europe and the Near East.

So jump ahead almost five thousand years to 1876. That is when Dr. Julius LeMoyne built the first crematory in Washington, Pennsylvania. Although there is not a tremendous amount of detail in most mortuary textbooks about Dr. LeMoyne, the Washington County Historical Society provides a wonderful picture of the journey he traveled.

He graduated from Washington College, and went on to have a successful medical practice. He was a devoted husband and father to eight children. Not only was he a doctor and apothecary, he also regularly harbored escaping slaves, he helped start Washington’s first free public library as well as the Washington Female Seminary.

Towards the end of his career, he started focusing more on research and his concern of what to do with the bodies of those who died from diseases. His research led him to action. He strongly believed as bodies decayed that they contaminated the ground water. And, he felt the decay would leach into the soil and run-off into the water sources.

If this was the case, then it was extremely likely that those who died of certain diseases were infecting others by way of local water sources.
Cremating the dead seemed like the best way to protect the soil and water, thus protecting lives. But his biggest problem was not in the research as much as the fact that cremation was not a widely accepted practice in our country.

So Dr. LeMoyne approached the local cemetery about building a crematory – even offering to pay for it. But he was rejected. That was not about to deter him from what he felt so passionately about. This was not about to stop him. He decided to build his own crematory on his own land.

The crematory was complete in 1876 and the total cost of the crematory was $1,500. Compare this to today’s prices where a full-featured furnace (called a retort) can cost in excess of $400,000, not including the rest of the required equipment…or the building!

Even without a national association like CANA offering guidelines or the state of Pennsylvania providing licensing requirements, he managed to do an amazing job designing his facility. It was a 30’x20’ brick building and had some of the same features crematories have today. It had a furnace that would cremate a body without flames ever directly touching it and a reception are (today, called a viewing room).

A total of 42 cremations were reported to have been done at the crematory which closed in 1901. But here’s the tidbit I found most interesting – Dr. LeMoyne was the third person cremated at the facility! He left specific instructions that were followed by his family when he passed in 1879.

I have to wonder, what would Dr. LeMoyne think today when he read current research showing by 2030 that slightly over 70% of those in the United States would choose cremation too.

aCremation specializes in direct cremation in Texas and direct cremation in California. Our trained professionals will be more than happy to answer any questions you have about the process. aCremation currently serves Texas (Dallas, Houston, Austin, and San Antonio) and California (Los Angeles, San Diego, and San Francisco). We invite you to call us, toll-free, at 1-877-353-3626.